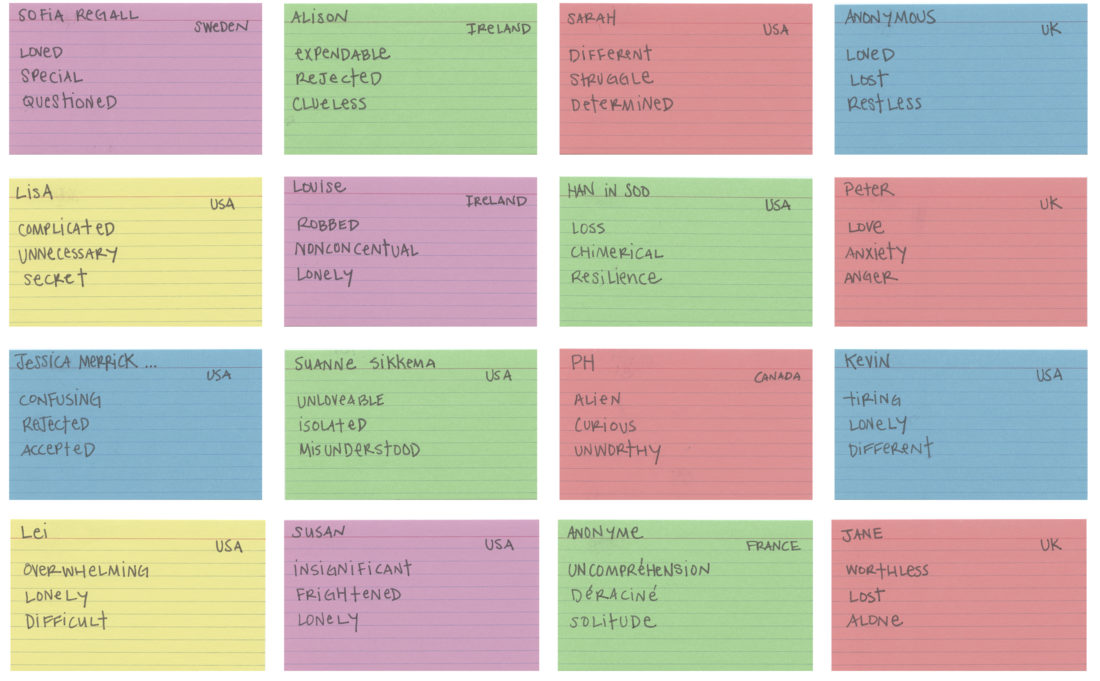 Being Adopted documents the nuanced emotions and experiences of adult adoptees. The narrative spewed by mainstream society says that adoptees are “lucky” or “saved.” This may or may not be the case, but what is always the case is that every adoption begins with a loss, that of maternal separation, and that every adoptee experience is absolutely unique.

Over November and December of 2019, I used email and social media to crowdsource words that adoptees use to describe their personal experiences. The question, seemingly simple is:

Fellow adoptee, if you could choose any 3 words to describe your experience as an adoptee, which ones would you choose?

The project is ongoing… Are you an adult adoptee?

What are your three words? 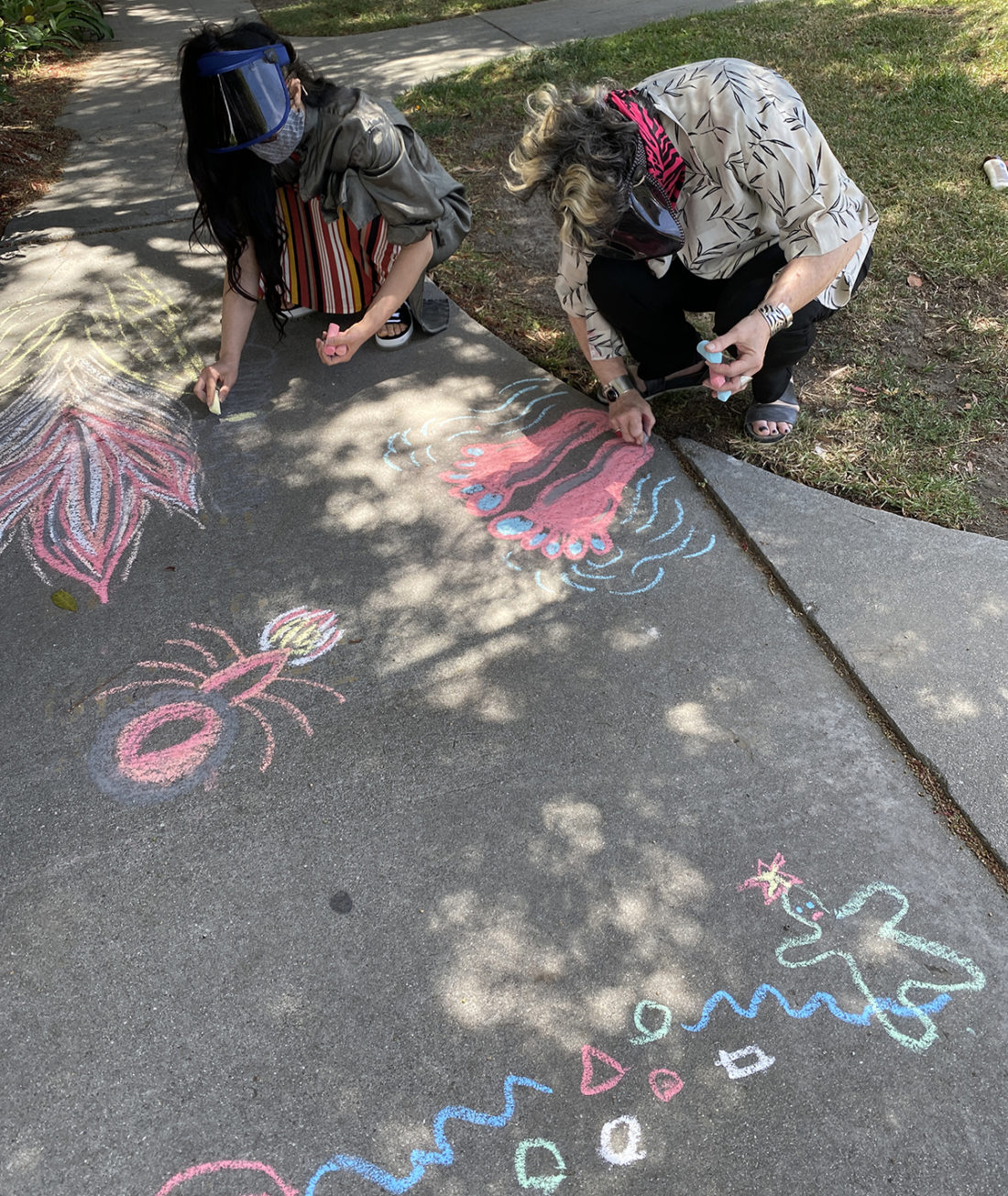 Separate/Together invites community members to make art sharing their lived experiences of being in quarantine, on the sidewalk via an art therapy prompt. The idea of art as medicine dates back to antiquity, and the act of creating art has been linked to improvement in emotional well-being. Separate/Together hopes to help us cope with the stressors of COVID-19 and to give the community a way to connect in this bizarre time of social distancing.

The most recent iteration of this project took place on Hauser Blvd. between Obama and Coliseum in Baldwin Hills in Los Angeles, California on May 30 and 31.

**This project abides by all local and national safety protocols to keep participants safe during the COVID-19 pandemic and quarantine.**

All art-packs have been packed while the artist washed hands thoroughly beforehand and used gloves to pack them. The packs were created at least 12 hours before intended use. A maximum of 10 people may participate at any given time interval. Guests will be checked in upon arrival. All guests and staff are required to wear a protective face covering at all times. Participants are encouraged to refrain from bringing large bags. All participants must maintain a social distance of 6 feet from facilitators and other visitors not in their group. Hand sanitizer is available in multiple locations. Children must be supervised by an adult. No one who has a fever, cough, or respiratory illness is allowed to participate. Anyone exhibiting signs of illness will not be allowed to participate.

Stay tuned for the next installment!

In response to the renewed social justice activities in our city, the next iteration will focus on fostering resilience in our historically oppressed and systems-impacted communities such as the Black and Black trans communities as well as BIPOC, LGBTQIA+, and Indigenous peoples. 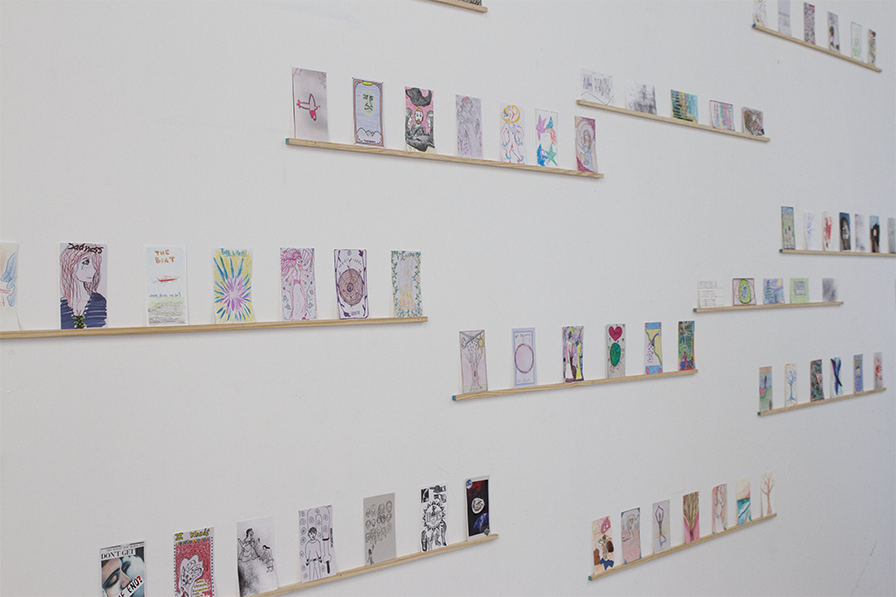 Origin Stories is a community-based artistic project exploring concepts of identity, isolation, assimilation, difference, and family. This project documents a multi-year process conducted with marginalized communities in Southern California and Iowa. Originally designed to empower adopted and fostered people to record their unique histories, this 2-hour workshop invites participants to  work in groups to create a story using visual prompts. The stories are shared with the entire cohort of participants. Then individually each participant creates at least one card (by drawing, tracing, collage …) that visually illustrates something from the collective story, i.e. a character, the plot, the resolution, a problem along the way.

While at first the workshops were presented only to adopted and fostered people, the workshops were expanded to artists, particularly female-identifying artists and artists who feel marginalized, and the general public. Additionally, for other workshops in Los Angeles, I invited co-facilitators who were not adoptees but told their “origin stories” as they related to social belonging that may intersect with their social positions in the society (immigrant identity, queer, ethnic minority, etc). The cards created in the workshop reflect not only remembered and imagined pasts, but also stories that have been passed down in their birth, adopted, or chosen families; stories that have been whispered from one woman to another; and imagined futures. Each card becomes part of another deck that is printed and used in future workshops. 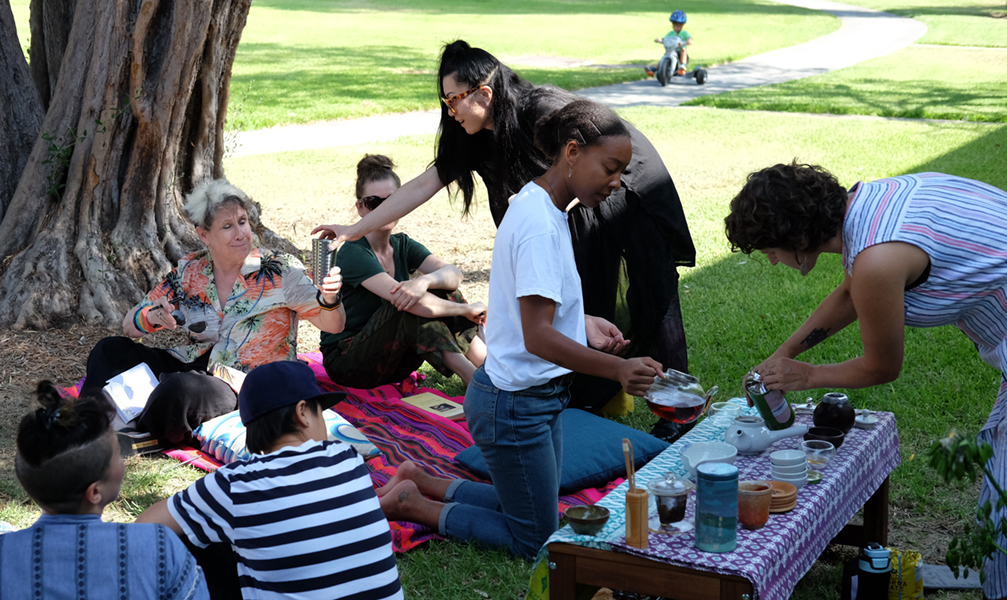 I launched Acogedor as an alternative project space because I wanted to explore deeper–and outside of myself and my own ideas–notions of “belonging,” as I had been examining them in my art practice visually.

As an adopted person, I have spent a lot of time––at least a small part of every day that I can remember––thinking about and agonizing over, my relationship to belonging: do I belong? do I feel it? what does that feel like? is it real? In my many conversations with other adoptees, I hear these questions reflected back to me. I know in my heart that non-adopted persons also feel this. Through these panels on belonging, I wanted to broaden my concept of belonging as the adoptee experience. I invited others whom I knew could speak to the entangled emotions and complex experiences of belonging and not belonging.